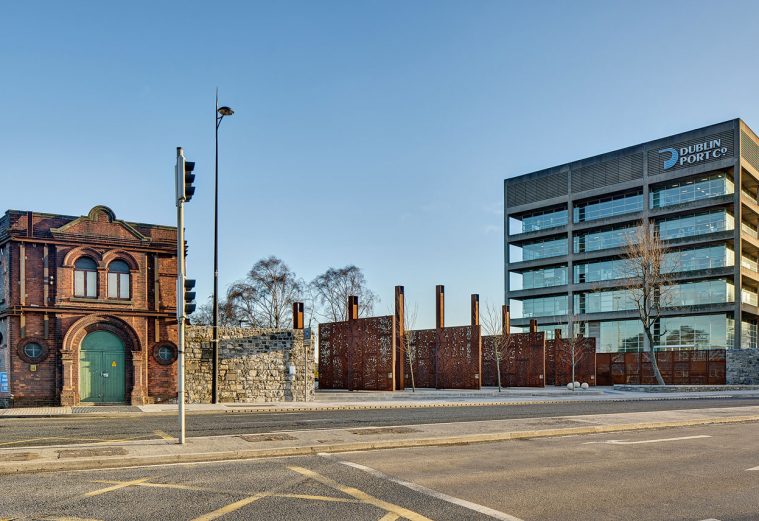 Walking down East Wall, in the whereabouts of the Port Centre, what likely catches the eye of the beholder is the monumental sky-blue crane at the south entrance to Port Centre . However, keep ambling up to the junction with Alexandra Road, a small red-brick building stands out. It contrasts with its surroundings. It is almost like having a small window to the past in the middle of the road.

The Electricity Department of Dublin Corporation erected the sub-station around 1922 as a transformer one. It converted the electricity from 1000 volts to 380 volts. The lesser voltage current was used for the mains’ supply. The site belonged to the port shipbuilding yard, leased at the time to Dublin Dockyard Co. The port authority transferred the site to the Dublin Corporation. British Government officially handed over power to the Provisional Government of Ireland on the
same day. Thus, the sub-station is one of the earliest industrial buildings constructed by the fledgling state. In 2017, during the opening-up of the Port Centre precinct project led by Jim Kelleher now of Port Heritage & Communication, the project structural engineers determined that the sub-station was at risk of collapsing. Dublin Port and its contractor implemented a bracing system to prevent

its deterioration and lossDublin Port Company petitioned Dublin City Council to add the sub- station to the Record of Protected Structures, under sections 54 and 55 of the Planning and Development Act, 2000. The addition was granted in December. Four categories of interest were recognised to the building: architectural, historical, technical and local. Given the significance of the building, Dublin Port is working with Darmody Architecture to conserve and renovate the sub-station. The works have begun in 2021 and are due to finish in 2022. The focus will be to preserve the structure and repurposing the space. The project seeks to unlock its potential as a port landmark and orientation space for visitors. International and national conservation principles and charters have been observed in the planning, complying with industrial heritage conservation best practices. The original structure will be preserved, keeping the maximum amount of historic fabric and the open interior.

A complimentary contemporary pavilion will be added. The extension has been designed as a versatile space. Sliding and pivoting panels will allow adapting the space to a wide range of cultural events. This modern addition will be delimited from the original fabric, to preserve and enhance the unique personality of this Edwardian period industrial building. To outline the historic character of the site an industrial archaeology project will uncover the original east wall in the basement. It will be a permanent display, showing where the city ended back in the 1850s.

The Red-brick Sub-station will be part of the Distributed Museum concept, which gathers iconic landmarks and symbols of the port culture and history like the Crane 292 or the Diving Bell. Indeed it has been envisaged as a visitor centre and orientation space where the public can plan their visit through the different sites that comprise the port distributed museum. Besides this function, it will also host cultural and educational activities, like poetry reading, music recitals and experimental theatre performances and will act as a venue for educational activities. 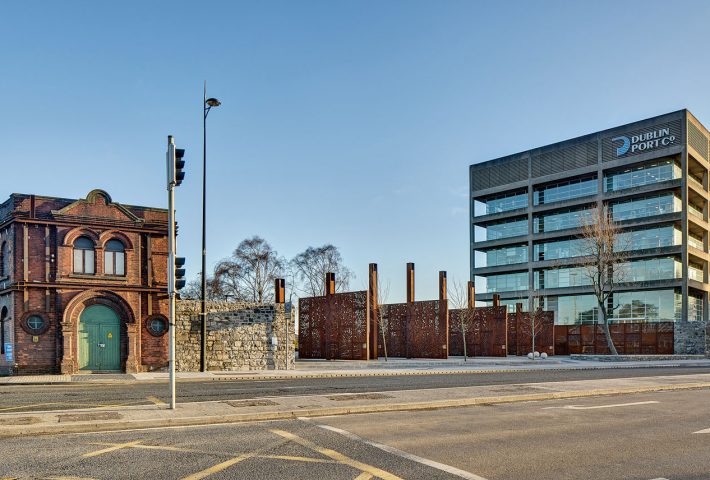 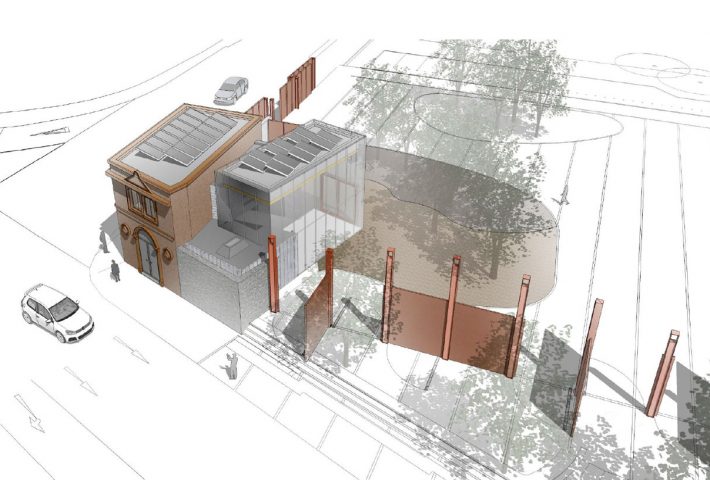 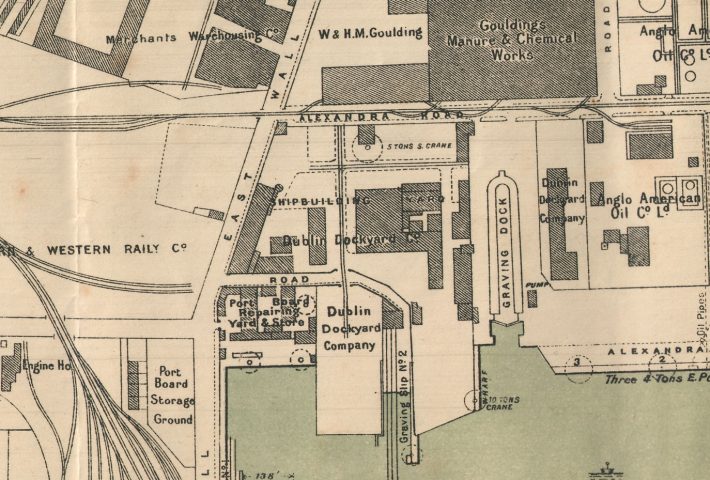